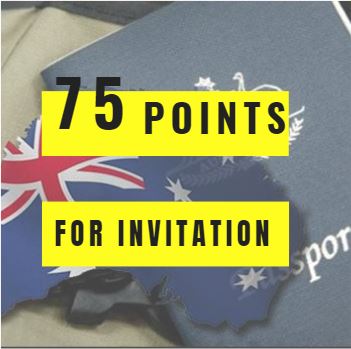 Invitation rounds are anticipated to run on the 11th day of each month. Dates for the rounds are subject to change.

Invitation numbers in each round may vary depending on the number of applications being processed by the department.

Note: State or territory government nominations for Skilled Regional (Provisional) visas (subclass 489) will not be impacted.

The table below shows the number of invitations issued in the SkillSelect invitation round on 10 March 2019.

During 2018-19 program year the following numbers of invitations have been issued:

The following graph shows the points for clients who were invited to apply in the 10 March 2019 round.

Point scores and the dates of effect cut off for the pro rata occupations in the 10 March 2019 invitation round.

If you think you need our advises and assist, please come to us and do a proper consultation, we will help you to reach your goals.

Paul migrated to Australia in 1999 as an international student. After completing his IT degree at the Queensland University of Technology in 2003, he began his career as an education consultant, going on to become a registered migration agent in 2007. His professional experience covers a range of visa areas, including business sponsorship, skilled migration, partner, parent and student visas.